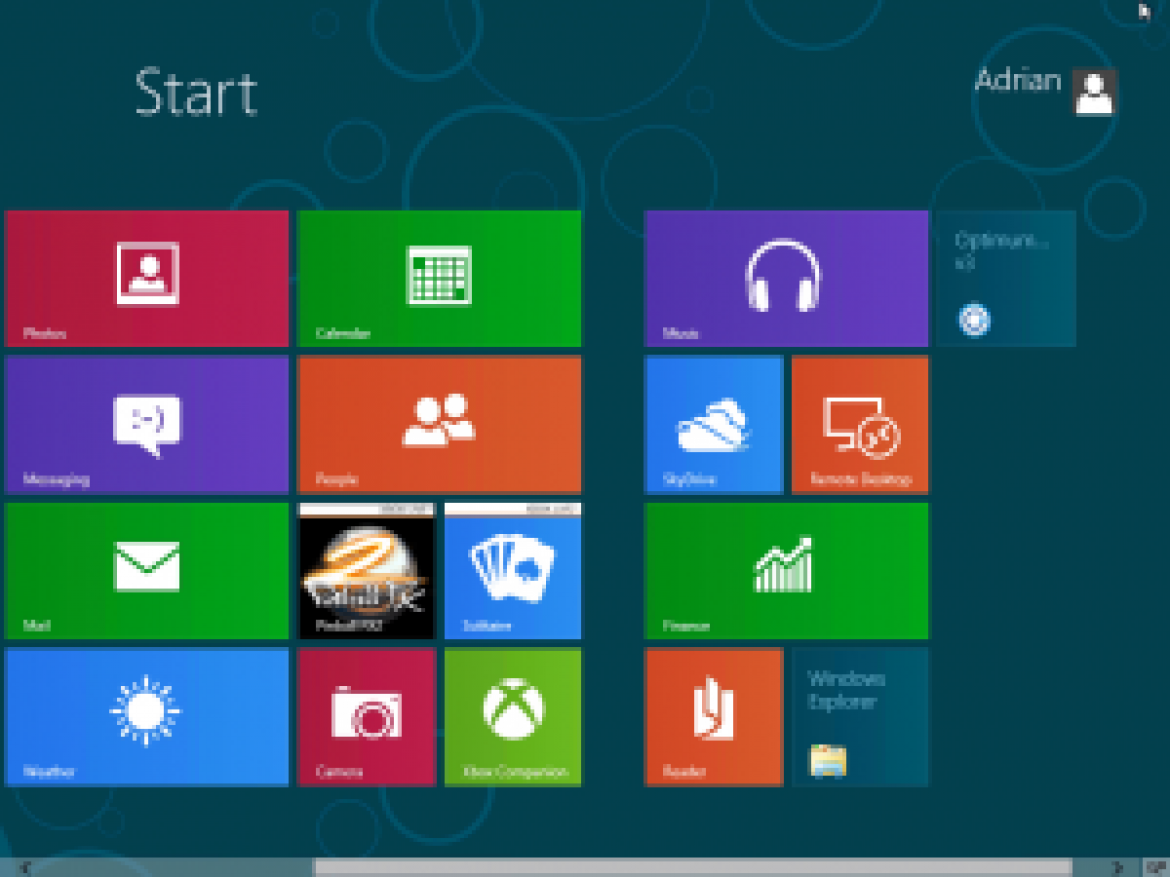 This is part 2 of a series of posts on how Optimumcut-1D v3 works on the Consumer Preview edition of Windows 8. For part 1 of this series, click here. 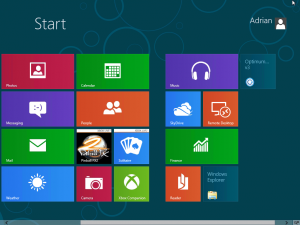 If we zoom in on the tile, you will see that the text is shown in a large font and has been truncated to fit the standard tile size.

Optimumcut-1D is not a new metro application, it is a traditional desktop application so it just gets this simple shortcut style of tile instead of an interactive tile. If we look at a couple of standard Microsoft tiles then we can see the difference. The Reader tile is for a new full-screen metro application and the Windows Explorer tile is a simple short-cut replacing the old desktop short-cuts.

We will need to keep an eye on how these short-cuts are presented to the user. If nothing changes for the full release of Windows 8, we will need to modify our installer to create a shorter caption name so it is not truncated.

When we finally get to launch Optimumcut-1D v3, it looks like this. 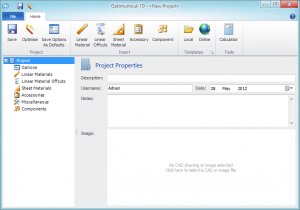 First impressions are that it is very similar to windows 7. The title-bar portion of the application is using a modified aero theme. The corners of the form and the title-bar buttons are more square in Windows 8. In the picture below you can see Windows 7 on the left and Windows 8 on the right.

Since drafting this post, it has been announced by Microsoft that Aero will be removed from Windows 8. We’ll have to wait and see how this effects the look and feel of Optimumcut-1D v3.

The remaining user interface looks exactly the same on Windows 8 as it does on Windows 7. This is good news in that in its current state, Optimumcut-1D v3 looks and feels like a modern, well written desktop application on Windows 8.