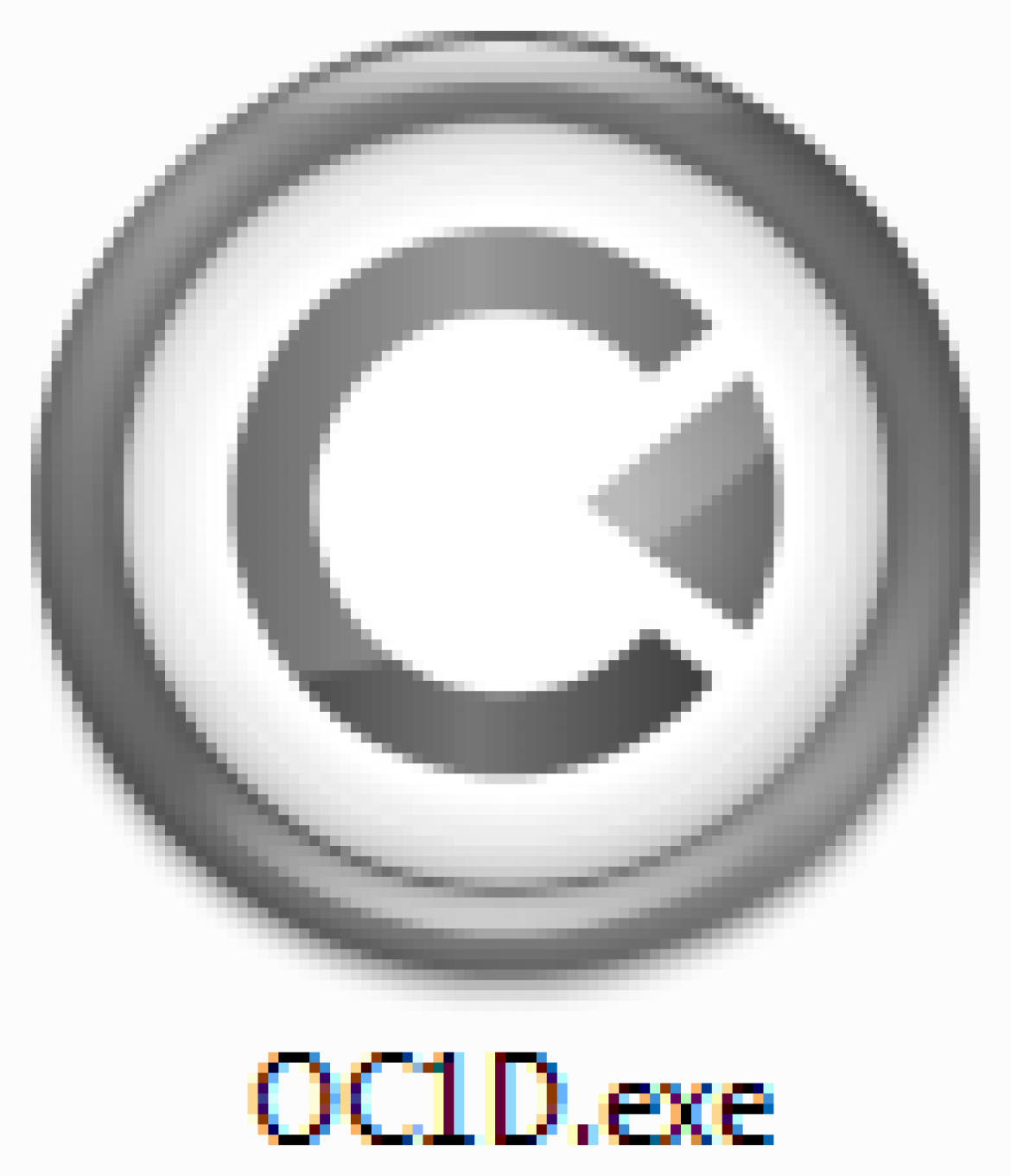 Optimumcut-1D v3 now supports a command line interface allowing Optimumcut to be controlled by other applications or via scripts.

To support the command line a new executable is included with v3.3.0 and later. This executable is called OC1D.exe and is identified by a gray version of the standard icon. 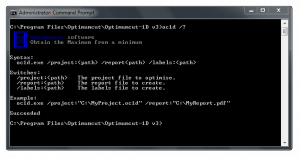 The help information gives descriptive information about each supported parameter as well as an example command line for running Optimumcut-1D v3.

Specific help for the command line is also shown if any of the parameters have been entered incorrectly. 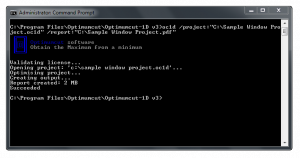 When running a report, the command line interface provides real-time status information of what part of the process Optimumcut-1D is performing. The final output provides information on the size of the output files and a success or failure message.

Additionally the interface support the standard command line redirection features. This allows the logged output to be sent to a log file instead of output to the screen. This can be accomplished with the standard > redirection character. 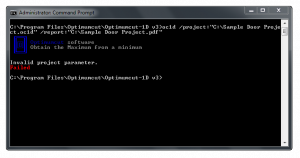 An error condition can occur due to one of two reasons:

A Failed error message is displayed in red to highlight the error to the user.