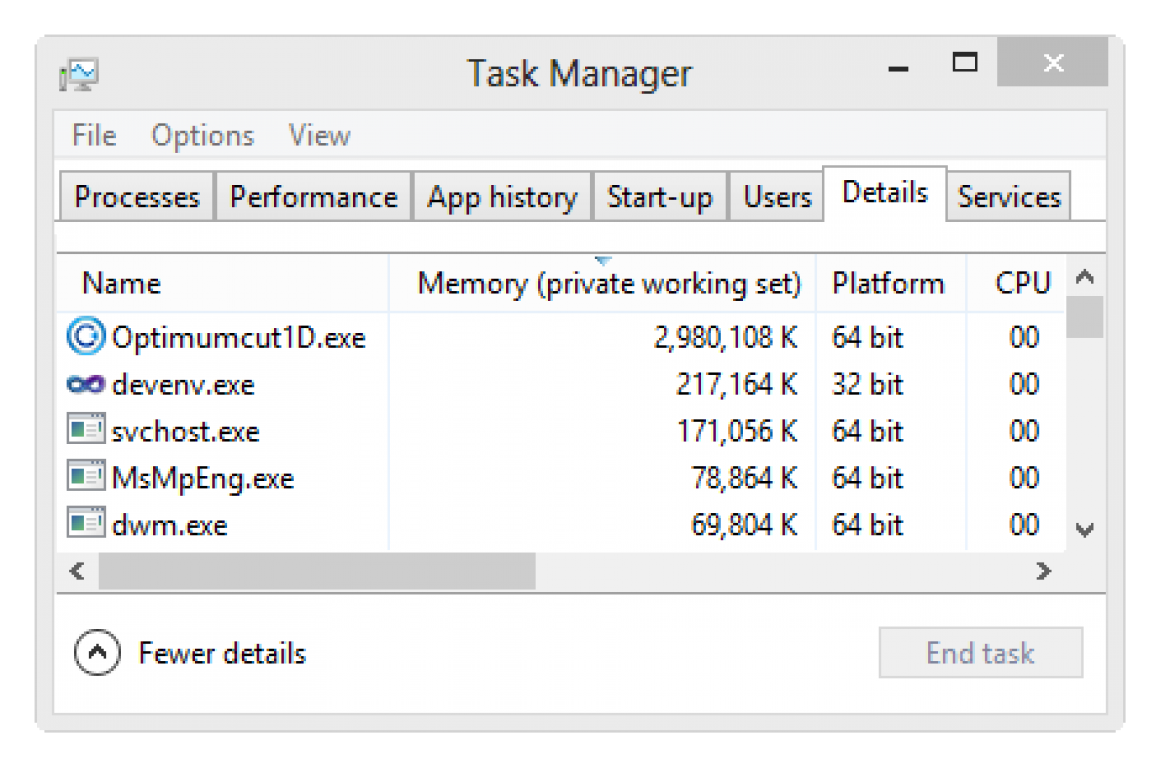 Both v2 and v3 of Optimumcut-1D have supported 64 bit versions of Windows for many years. They have done this by running as 32 bit applications through the Windows On Windows 64 framework. This has the disadvantage of not being able to use the large amounts of memory normally installed in modern computers.

32 bit application on both 32 bit and 64 bit Windows have a theoretical maximum memory usage of 2GB. In the real world the limit is considerably lower due to memory fragmentation. From experience we have found that 32 bit applications using the .NET framework are limited to about 1.3GB of memory before they start getting ‘out of memory’ errors.

Due to the ability to embed an unlimited number of CAD images within a project in Optimumcut-1D, it is possible to create a report with hundreds of large complex diagrams in it. Generating a report can therefore consume large amounts of memory and it is relatively easy to reach the 32 bit limitations.

From v3.3.0 and later, Optimumcut-1D runs as a native 64 bit application on 64 bit Windows. This allows it to take advantage of the large amount of memory available in modern computers. Below is a screenshot showing Optimumcut-1D v3.3.0 consuming nearly 3GB of memory when generating a complete report with over 60 components in it. 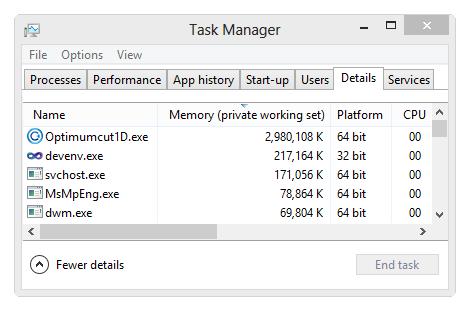